Are Your Sleep Habits Thwarting Your Weight Loss Efforts? 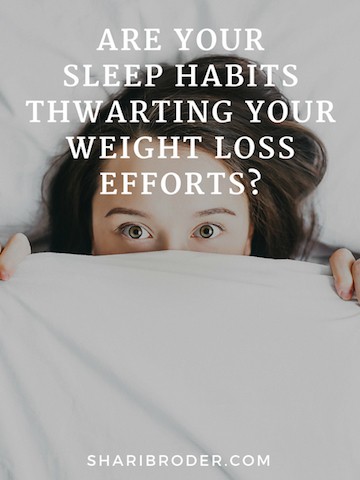 Do you have some days when you feel hungry all day, no matter what you eat? That might be because you didn't get enough sleep the night before.

What does the amount of sleep have to do with your weight? According to Harvard Medical School, lack of sleep is now being identified, along with lack of exercise and overeating, as the most common risk factors for obesity.

​Not sleeping enough can hinder your weight loss efforts. Several studies have linked insufficient sleep to weight gain. People who normally sleep fewer than six hours per night were much more likely to be overweight. A lot of this has to do with how much of certain hormones your body makes, as I’ll explain below.

Inadequate sleep can undermine your weight loss efforts in these five ways: 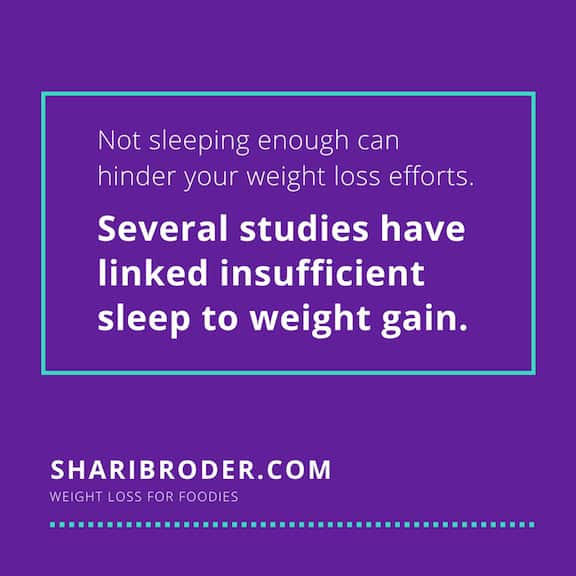 I know I’ve been talking about a lot of studies, but here’s one more, published in the American Journal of Epidemiology. This one concluded that women who are sleep deprived are a third more likely to gain 33 pounds over the next 16 years than women who get seven hours of sleep per night. Thirty-three more pounds! And that’s based on amount of sleep alone.

Some people don’t get enough sleep for reasons within their control, like going out and staying up too late when they have to get up early in the morning. Getting enough sleep is good self care, and if you’re in this category, I encourage you to plan so that you give your body the sleep it needs.

For many of us, though, insomnia is the problem. We want to sleep but have trouble doing that. There are many resources on the Internet on how to sleep better, like this one​.

But here’s one tip: Don’t eat after dinner. There are two good reasons for this. First, you’ll sleep more soundly when your body isn’t busy digesting food.  Second, eating will cause your body to produce more insulin, which will prevent you from burning fat during your natural fast between dinner and breakfast. So it goes without saying that midnight snacks are a really bad idea.

If you make getting enough sleep a health priority, you will likely find that managing your weight will become a little easier.

EP. #138: Why Emotional Intelligence is a Great Weight Loss Tool

EP. #136: 4 Steps to Stop Rewarding Yourself with Food