As Rafiki said, “Change is Good!” 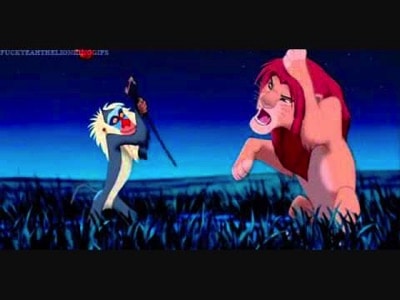 I saw a bumper sticker on my morning walk which said, “If you can’t change your mind, are you sure you have one?”

Do you ever say, in a resigned voice, “That’s just the way I am?”  Do you say it because you like being that way, or because you believe that you can’t change?

Would you like to change your mind about who you really are?

We all have our superpowers and strengths. Conversely, we all have our challenges: things about ourselves that don’t really serve us, make us less happy, or make our lives more difficult.

If you want to change an aspect of your personality, don’t assume you can’t. Our brains are actually plastic, and able to change based upon our experiences. This is true at any age. You are never too old to become more wonderful than you already are!

Every time we think, feel or do something, we strengthen a neural pathway. Our habits and conditioning are literally pathways in our brain that have made deep grooves.  If we want to change, we need to carve out new pathways by practicing different thoughts and skills. Over time, with practice and repetition, we can change our challenging traits and habits.  The old grooves in our brain eventually fade away.

If you think, “That’s just the way I am,” you will reinforce that belief and those neural pathways. That will make it hard, if not impossible, to change.

I coached a married man who had a habit of flirting a lot with other women. He convinced himself that his behavior was harmless and even normal. This man believed that being flirtatious was “just the way I am.” He didn’t question why he flirted so much, whether it was appropriate behavior for a married man or whether it was serving him.

Of course, this eventually led to an “unforeseen” and “unintended” crisis. He knew that he wanted to keep his wife and save his marriage. He knew that to do that, he had to stop being flirtatious.

Initially, this man approached the situation like someone would a diet. He would avoid the urge to flirt when he felt it, sort of like a dieter deciding not to succumb to the urge to eat the doughnuts someone brought to the office. I told him that if he really wanted to, he could change so that he would stop feeling the need to flirt at all.  He didn’t believe me at first. Now, not only has he lost the urge to flirt any more, he even gets the creeps when he thinks back on his past flirtatious behavior. His marriage is better than he ever dreamed it could be, he likes himself a lot more and is happier.

The same thing happened with me, only I was the dieter. I am a foodie and I love to cook and bake. I didn’t realize that I could change over 40 years of habits that resulted in overeating and overweight. I succeeded changing those habits with weight coaching. Now, I eat whatever I want, but I never overeat. I learned to dislike the feeling of eating past the point of being sated. Over the course of a few years, I dropped 45 pounds and my weight keeps going down. With weight coaching, I was able to rewire my brain and change my entire relationship with food.

As Rafiki said to Simba in The Lion King, “Change is good.” Simba responded, “Yeah, but it’s not easy.” It may not be easy, but it is worth it.  Aren’t you worth it?