Come Down From Your Helicopter! 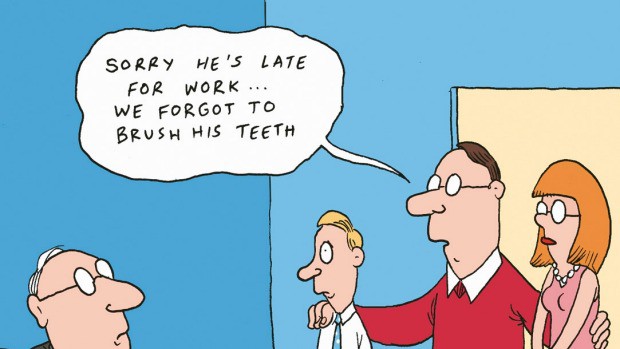 By now, most people have heard the term “helicopter parenting.” It refers to parents who hover over their children as much as possible, and do things for their children that their children are capable of doing themselves. Because I coach mothers of adult daughters, I will refer to it here as helicopter mothering or over-mothering, which doesn’t mean that fathers don’t do it, too.

You are the helicopter mom of your adult daughter if you treat her to the same full-service parenting you gave her since birth. You take care of things for your daughter that she is capable of doing for herself and has the time to do.  You use a cell phone as a virtual umbilical cord.  Things like that.

While helicopter moms are well intentioned, this style of child rearing is unhealthy and harmful to our kids.  It is overly invasive and actually undermines one of the two most important jobs that we have as mothers: to prepare our children to live independently as adults. The other most important job is to give our kids unconditional love, but studies have shown that love does not undo the bad effects of helicopter mothering on our kids.

Viewed in the most positive light, most helicopter moms just want to be helpful.  As someone with a naturally helpful nature, I understand this urge.  The result, however, is that your children will remain dependent upon you longer than they should.

I think it is very important for both mothers and daughters to have healthy boundaries. An emotional boundary delineates where one person ends and another starts. Boundaries promote self-responsibility and empowerment.  They allow closer relationships. The lack of boundaries or weak ones cause enmeshment and emotional childhood behavior, which results in an unhealthy dependency on another person. When helicopter moms continue to hover over their adult daughters, it is a boundaries issue.

Because colleges nowadays are confronted with students who can do very little for themselves and are experiencing unusually high levels of depression and anxiety, many have been studying the effects of helicopter parenting. Guess what? These studies all show a correlation between over-parenting and the rise in mental health problems in young adults.

Keene State College psychology professor Neil Montgomery surveyed 300 college freshmen nationwide and found that students with helicopter parents were less open to new ideas and actions and more vulnerable, anxious, and self-conscious. With “students who were given responsibility and not constantly monitored by their parents—so-called ‘free rangers’—the effects were reversed,” Montgomery’s study found.

Several studies at other colleges throughout the US found that students with helicopter parents had higher levels of anxiety or depression. “When children aren’t given the space to struggle through things on their own, they don’t learn to problem-solve very well. They don’t learn to be confident in their own abilities, and it can affect their self-esteem,” explained Indiana University psychologist Chris Meno. Poor self-esteem is a prominent cause of depression.

When our daughters don’t have to struggle, they never experience failure and develop an overwhelming fear of failure and disappointing others. In my practice, however, I’ve learned that success hinges less on getting everything right than on how we handle getting things wrong. If you are protecting your daughter from failure, you are doing her a disservice because you are keeping her from learning this important life skill. There are ways to be helpful while still helping your daughter to be self-sufficient, confident and capable as an adult.

Over-mothering not only leads to depression and anxiety, but actually prevents our daughters from achieving their potential. If you want your daughter to grow up and be competent, successful and emotionally healthy, give her the tools to take care of herself and some space to live her own life and make her own mistakes.

EP. #123: Detox Your Mind of Thoughts That Weigh You Down

Happy Mother’s Day to all Mothers and Daughters!

Want to Have a Great Relationship with Your Adult Daughter? Throw Away the Manual!