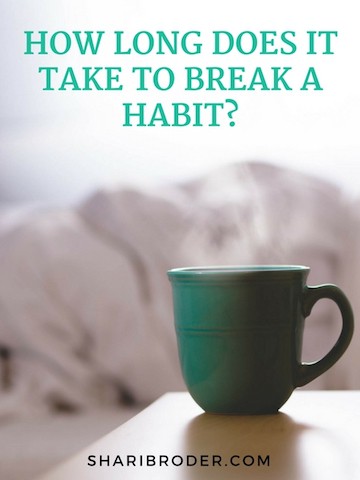 How long do you think it takes to break a habit? Three weeks? Forty-one days? Three months? Six months?

I’ve read lots of different numbers. In my experience, there is no hard and fast rule. It depends on a lot of things. Rather than in terms of the number of days or weeks, I like thinking about it as what I’ve heard is the approach of the Zen masters: Line in water, line in sand, line in rock.

If you draw a line across water, it will disappear quickly. Those things we do that we can stop doing with no effort aren’t habits at all. They are like making lines in water.

Now think about making a line in the sand at the beach. The line doesn’t disappear until a wave or two washes over it, but then it goes away quickly. Some habits are like that. They are easy to break. Usually, they’re habits that aren’t very important to us, or that we haven’t been doing very long.

Then there are the habits that we’ve had for a long time and that are very challenging to break. They are like lines in rock. Think about that. If you carve a line in a rock, it takes a fair amount of work for it to wear away. The deeper the groove, the longer it takes to wear down.

The amount of time it takes to break habits, including undesirable eating habits, is proportionate to how long you’ve had the habit.

Here's an example. Let's say you have a supervisor at work who does things that frustrate you. An average of four times a day, the supervisor does something you find frustrating. You decide to reward yourself with food each time. That means that you reward your frustration with food around 1,460 times each year. If you’ve been doing it for seven years, you’ve repeated your habit over 10,000 times! That’s a lot of reinforcement!

So what does all this line in rock stuff have to do with anything? It is analogous to how our brains work.

When you break an eating habit, or any habit, you’re actually erasing circuitry in your brain and establishing new circuitry. 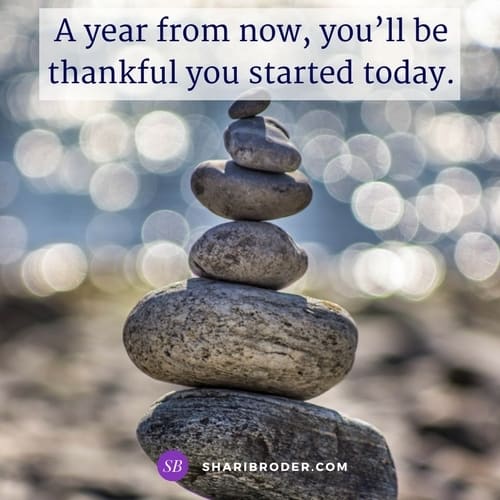 I’ve written previously about how our brains like to be efficient to use less of our energy. Habits are a way our brains can be more efficient. Think about how automatic driving a car is for you now compared to when you were first learning to drive. You’ve developed habits around driving which have made it a lot easier. The same is true for habits like mindless eating.

In my experience, the number of repetitions of a new habit is more important than the number of weeks or months. Let’s take the example of the person who eats because of frustration at work. Every time she gets frustrated, she will have a thought to eat something so she doesn’t have to feel her emotions or to reward herself for having to deal with this supervisor. Because she’s had this thought so many times, she may not even notice it! To change the habit, she’ll have to make a point of noticing the thought before she eats, then using the more developed part of her brain to choose NOT do it. She can mindfully replace the thought to eat something with a better thought like, “Eating when I’m not hungry does nothing to change my supervisor's behavior.” That opens the door to looking at what is really causing the frustration, and addressing it with a real solution.

The good news is that you CAN break these habits and establish new ones. You can do this by noticing your unproductive thought and replacing it with a better thought, over and over.

Once you’ve repeated the new habit enough times, you won’t even think about the old one. The new one will become automatic.

If you started eating to avoid your emotions a year ago when your mother died, it may be easier to rewire that circuitry than if you started doing it in adolescence and are now 45.

The sooner you start, the sooner you’ll break those eating habits that are keeping you from losing weight and realizing your dreams!

A year from now, you'll be glad you started today!

EP. #128: Who You Are is Much More Important Than What Your Body Looks Like

EP. #127: Why You Need Self-Compassion to Lose Weight